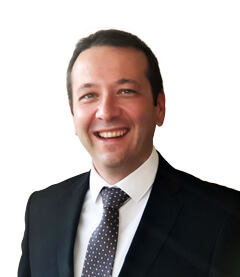 Tolga Bacak graduated from İstanbul University, Economics Department (in English) in 1998. He started his career in a Tax Audit Company as auditor. He had worked as auditor, assistant manager and manager between 2002 and 2015. He has been working as Sworn-in Certified Public Accountant since 2016 and he holds Independent Auditor Certificate. Also, he has worked as Certified Translator since 2012. He provides tax advisory services to industrial and commercial companies.