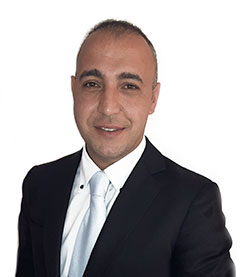 Erdinç Çetinkaya completed his undergraduate study at the Department of Economics of Marmara University in 2000 and his master’s degree (MBA) at Yeditepe University in 2002. He began his career in Grant Thornton Turkey in 2002 as independent auditor and worked until 2006. Between 2006-2013 he worked as Financed Director in a leading retailing company. He joined back Grant Thornton in 2013 and has been working at the Audit Department of Istanbul Office since that date. In 2005, he became a Certified Public Accountant and was then registered as an auditor by the Capital Markets Board in 2009 and by Public Oversight Accounting and Auditing Standards Agency in 2014. Also he has Capital Market Board Advance Level License. He has substantial experience and expertise in the audits of manufacturing, finance, service and trade firms and publicly traded corporations